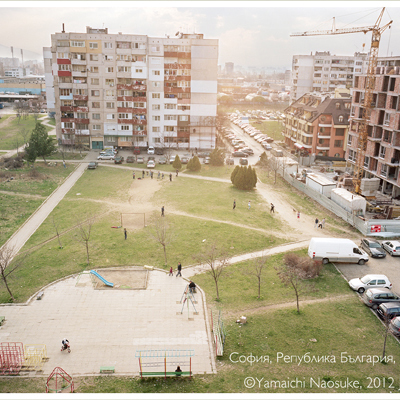 PhotoLog; my own Exhibition, “Oneness”

At Osaka Nikon Salon 3/14-3/20http://www.nikon-image.com/activity/salon/exhibition/2013/03_osaka.htm#03"Seasons come appeared on your pictures."What my teacher told me before, when I was led by him while →

Cut from "索漠"(仮). No.057What does it mean to take pictures without thinking anything while walking around and talking with people? Many take pictures themselves each other, and enjoy looking at these. →

WaterWhen we clean our HDD or SD cards, we have to face a lot of pictures which we don't remember when nor where we took them, and they force us remind what happened at that time when we took the picture, →

Conversation last night; Should be those who can make under any psychiatric condition. Works'd not be done with nor from that condition. She told if I can take some good pieces under awful mental condition, →

Photography is the media that appeared mid 19C, the era which "Science" started to lead the world as one of the ideology after IR. The modern art was also born around this period. It might be difficult →

A friend asked me if we can make works mixed press photos and photography art. He told me that he was denied by our teachers. And I wonder, if the deny is true, what I'm doing should be?Also he told me →

I've seen "Caché", by Michael Haneke, which Takeshi Arthur Thornton recommended. I bought this DVD and today I got it.This movie makes me think over the matter of privacy and problems between France and →

The slideshow of my photo works named "Asian Today," which I held two exhibitions in 2009 in Japan.This is that I described at the last post.And for this movie, I composed a new ambient song, "Thailand →
Top